Expand all Close all

PlatformUptake.eu is organizing a webinar on 16.11.2021, 10:00 – 14:30h, to set the stage for the upcoming matchmaking activities. During the virtual event representatives of each project’s stakeholder group will present gaps and innovation needs in the field and comment on technology developments and the potential of open platforms for the establishment of open market for digital solutions for active and healthy ageing. The webinar will continue with a short presentation on related EU projects which have contributed to the state of the art or are currently seeking to upscale the services of open platforms in AHA and AAL domains. The webinar will culminate with a panel discussion with experts in the field.

Registration and preliminary agenda can be found here.

Digital innovations are revolutionizing healthcare. Professionals and managers in the healthcare ecosystem need to be able to innovate, adapt and engage with new technologies and the changing pace of medicine.

Together with the Universitat de Barcelona and the Oxford University Hospital NHS Foundation Trust/TheHill, we created a program that is innovative, interdisciplinary, and impactful; providing technical knowledge and transferrable skills. Participants will gain an understanding of emerging digital technologies, how to transform processes, structures and cultures, and measure the value and benefit of these technologies in patient care.

Join us for a free online information session introducing our new program Transformative Digital Skills for Healthcare. Sign up here

Open service platforms for active and healthy ageing (AHA) enable the connection of sensors and devices, ensuring seamless integration with the communication networks and provide resources and mechanisms for the management of these connected things and data. Platforms connect the individual user for example to health or social care provisions, to lifestyle and prevention applications and to home technology. They provide a one-stop shop and end-user service to upload information and download applications. Besides services and products, open service platforms deliver data analytics and visualisations. The overall aim of open service platforms in the AHA domain is to support independent living, healthy lifestyles and participation in society.

Your welcome to participate in these workshops!

DMEA sparks brings you DMEA 2020 exclusively on the internet!

We invite you to take part in a new live experience of selected program highlights at the exclusively virtual event from 16 to 18 June 2020 under the heading ‘DMEA sparks’.

Current State, Challenges and the Future of XR in Health 2020

On behalf of our colleague Oliver Schreer, coordinator of the EC project XR4ALL (http://xr4all.eu), we would draw your attention to a workshop hold on 20th march 2020 in Berlin.
The workshop is entitled by “Current State, Challenges and the Future of XR in Health”. In this workshop, we are addressing the following four application domains: (1) medical training and learning, (2) diagnostic and pre-operative use, (3) intra-operative use und (4) post-operative use and rehabilitation
For more information, please visit the website

We would be happy to raise your interest and to receive your registration!

At the VDE joined booth “Intelligent Assistance Systems in Health Care“, companies and institutions present themselves with intelligent assistance systems and personalized technology to create new possibilities for the promotion of health-oriented and autonomous life management.

The 8th AAL congress breaks new ground! For the first time, the congress is being held in Frankfurt am Main, where it is taking place jointly with the Zukunft Lebensräume (Future Living Spaces) congress at the Messe Frankfurt on April 29 and 30, 2015.

What hasn’t changed is the immense importance of the topic of AAL in the great societal challenges we face. How can assistive technologies help people lead a self-determined, active life into old age?

The guiding theme of the 7th German AAL congress 2014 is “Living – Care – Participation.” The congress is an outstanding platform for AAL as a field of innovation, facilitating a qualified exchange of information and knowledge between researchers and developers, manufacturers and users, service providers and end users, as well as representatives from politics, industry, and associations. Cutting-edge technological solutions and concept studies for the future will occupy center stage. Workshops will complement the plenary contributions and lectures.

New assistive systems and services are being developed for a wide range of target groups and circumstances. The solution approaches reflect this diversity – and are increasingly finding their way into practical testing and everyday use. Taking up this great multiplicity, the 6th German AAL congress places its focus for 2013 on life quality amidst changing demographics and technology.

For the vast majority of older people, being able to continue living independently is one of the most important goals. Developing products and services that adapt to the differing needs of older people and support them in managing their daily lives on their own is therefore of great significance, especially given the steadily rising numbers of older people across the European Union. In this workshop, results will be presented from research projects funded by the German Federal Ministry of Education and Research (BMBF) and the EU – projects which, for example, offer IT support for designers in developing age-appropriate objects for everyday use with the help of user models (project “VICON“), or promote an accessible “Internet of the future” that enables older or disabled persons to utilize web offerings like social networks without difficulty (project “i2web“). By means of context-sensitive web services, among other things, the project “WebDA“ enables older persons with cognitive impairments to remain in their familiar living environment for as long as possible.

The 5th German AAL congress, on January 24 and 25, 2012, focuses on technology for a self-determined life. Technology should support people in all life situations: from the workplace to social involvement to mobility. Practical example applications, concept studies for the future, and today’s technological solutions will all be discussed at the congress.

From March 27 to 29, 2012, the exhibition grounds in Hannover will once again become a meeting point for decision makers, management professionals, and nursing personnel as they gather for this innovation-driving highlight event of the eldercare industry.

On January 25 and 26, 2011, for the fourth time, the German AAL congress was jointly hosted by the German Federal Ministry of Research and Education (BMBF) and VDE Association for Electrical, Electronic & Information Technologies. The successful leading congress in the innovation field “assistive systems to serve people” offers researchers and developers, manufacturers and users, and representatives from politics, industry, and associations the opportunity for an intensive exchange of opinion, information, and knowledge.

The 42nd Medica “World Forum for Medicine – International Trade Fair and Congress” takes place from November 17 to 20, 2010. More than 4,400 exhibitors from over 60 nations will present their latest devices, products, and systems for outpatient and inpatient care at Medica, in the Messe Düsseldorf exhibition halls. The AAL Alliance will be represented at the Fraunhofer joint stand (F05 in hall 10). Individual institutes in the alliance will be present in, among others, hall 4 (Fraunhofer ISST at the ERGO-FIT company stand, G51) and hall 16 (Fraunhofer IPMS at the Saxony joint stand, F40).

This year’s AmI, the European Conference on Ambient Intelligence, is being held from November 10 to 12, 2010, in Malaga. AmI looks back on a long history, having begun in 2003 as the EUSAI conference. Following its fusion with sOc in 2005, the event was held as AmI for the first time in 2007 in Darmstadt. After Erlangen (2008) and Salzburg (2009), it has now merged with the AmI.d to become the “Joint International Conference on Ambient Intelligence“. Ambient intelligence represents a future vision in which people are surrounded by invisible intelligent technologies that respond to their aims and needs.

The 12th ConSozial trade fair and congress for the social sector is taking place on November 3 and 4, 2010, in Nürnberg. ConSozial brings together some 300 exhibitors from across the full social-sector spectrum. The trade fair offers stimulus and solutions for everyday professional and management practice. The Education Forum and the Rehab Forum gather all offerings and services in these specialties. And associations, facilities, services, and self-help organizations introduce themselves in the ConSozial marketplace.

“Selbstbestimmt  Wohnen und Pflegen zu Hause – Von der Vision zur Realität!” (“Self-determined living and care at home – from vision to reality“) is the theme of this year’s REHACARE congress “Wohn(t)raum” (dream living space), being held from October 6 to 9, 2010. How and where do we want to live when we get older? The discourse on age-appropriate forms of housing has gained momentum and brought forth an abundance of concepts and ideas, such as cohousing, neighborhood living, the intergenerational mix, and home living with technical assistance and service.

The corporate network Centers of Competence e. V. is pleased to announce its fifth symposium on managing society’s demographic shift, “Change 2010 – Die Fachtagung zur Bewältigung des demographischen Wandels”. The event will take place on October 7 and 8, 2010, at the Volkswagen plant in Emden. In thirteen specialist lectures, prominent contributors from science and industry will speak on the successful results of their companies and institutions.

This year’s inHaus Forum on September 16, 2010, in Duisburg is being held under the banner of “Efficiency-raising innovations for technical systems, spaces, and processes in the health sphere”. New results from the areas of research, development, and application will be presented to specialists including investors, operators, and manufacturers, as well as administrators and facility managers of hospitals and care facilities, interested physicians and nurses, and architects and specialist planners.

The AAL Forum 2010 takes place from September 15 to 17, 2010, in Odense, Denmark. It offers an international platform for discussion of future challenges and opportunities in AAL in Europe, and is an annual conference in the “Ambient Assisted Living Joint Programme“ (AAL JP). The conference serves as an information and discussion platform for stakeholders, scientists, and users in Europe.

The 12th International Conference on e-Health Networking, Application & Services (Healthcom 2010) takes place from July 1 to 3, 2010, in Lyon, France. Telecommunications and networks make possible not just basic technologies for telemedicine in remote and rural regions, but also continuous health monitoring outside the hospital, at home, and during sports, leisure, or occupational activities. Healthcom 2010 is an opportunity to meet interested parties from around the world who are active in health care to exchange ideas, discuss innovative and emerging solutions, and develop cooperative ventures.

Ageing and Technology 2010 in Vechta

“Ageing and Technology” – around 100 German and international experts discussed the state of research on this subject from March 23 to 25, 2010, in Vechta, Lower Saxony. Hosted by the Lower Saxony Research Network Design of Environments for Ageing, the conference was aimed at scientists from the fields of gerontology and geriatrics, and at computer scientists, engineers, sociologists, economists, and psychologists who work in the areas of ageing and technology or ambient assisted living.

The WiMi-Care Workshop is being held on November 4, 2010, in inHaus 2in Duisburg. It will focus on experience gained in need-based technology development for the nursing sector. Accordingly, a discussion will take place on the potential of scenario-based planning and implementation of technological innovation. The state of development and the accessibility of technologies and knowledge transfer methods are to be presented to the public in the various workshop sessions.

The corporate network “Centers of Competence e. V.“ is pleased to announce its symposium on managing society’s demographic shift, “Change 2009 – Die Fachtagung zur Bewältigung des demographischen Wandels”, which will take place on September 10 and 11, 2009, in the Visitor Center at the Volkswagen plant in Emden. The event aims to inspire an exchange of information and experience on the subject of demographic change. In ten specialist lectures, prominent contributors from science and industry will speak on the successful results of their companies and institutions. 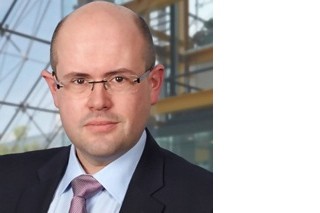 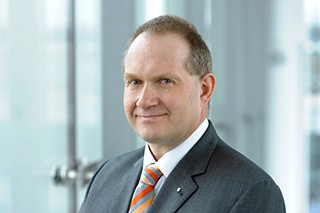 Deputy spokesman of the business unit